Today, Shine from Yahoo has an attractive article and I was easily lured by the title:

The problem with the article, however is that it talks a lot about Resistant Starch carbs, but fails to do a thorough job identifying what that means. When I browsed the article, my brain tried to skip over the whole “Resistant Starch” part and jump right to the focus: Carbs Help you Lose Weight. But once reality set in, I was certain that Mac & Cheese and Captain Crunch aren’t going to get me bikini-ready.


Resistant Starch: A starch which goes undigested in the body


Simply put, a resistant starch acts like a dietary fiber. When you eat a resistant starch food, you feel satisfied and full, and just like a fiber, the part of the food that is a resistant starch goes unabsorbed and passes through your body. Some call the food “fat burners.” Another positive spin--a healthy enzyme called Butyrate is created by resistant starches. Many in the medical community believe butyrate not only helps prevent colon cancer, but it also boosts the immune system. 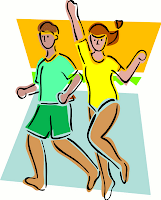 Skinny, Healthy, Disease Resistant…I love it!
Why a starch is resistant?


1. It has a fibrous outer shell (i.e. grains and legumes that are cooked intact);


3. It’s been chemically altered (yhick, no thanks);


******Before****** you add these food items to the top of your grocery list, please note that all beans (and bananas, etc.) are not created equally. These items need to be in their purest form. For example: canned beans are going to have a high glycemic index and they are not the goal in regard to finding a resistant starch. 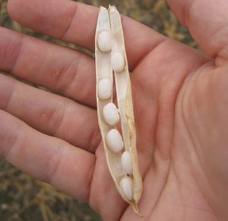 Navy Beans (supposed to be one of the best R.S. foods)


Oatmeal (yum!!! By the way, it’s slow cooked oats, not the instant oatmeal; steel cut oats are even better.)

Note: From researching various medical blog sites, I discovered that although a food is listed in the resistant starch food group, please understand that the entire banana, potato, or serving of brown rice is not 100% packed with resistant starch. Each food has their own balance of resistant starch; some numbers show that only 5% of the food contains resistant starch, so you must watch the glucose level.


Please leave your thoughts or recipes below.
Opposing viewpoint
Michael R. Eades, M.D. is one doctor who is not a fan of the resistant starch fad and why:


A websites where medical benefits to resistant starches are discussed (people with insulin issues and weight loss goals):


Another website claims to be the information portal for medical professionals regarding resistant starch: 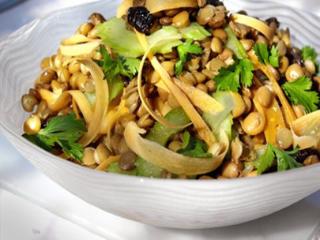 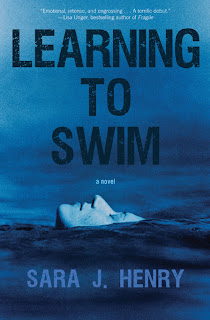 My family tells me I have the mind of a detective.  They prefer I keep my mouth shut in "who done it" type movies because I usually have the puzzle solved at an early point in the show.  But Sara J. Henry's novel, LEARNING TO SWIM, kept me guessing as much as  Keyser Söze did back in the 90's.

LEARNING TO SWIM is a riveting novel that will capture a reader's attention tout de suite.  The excitement begins on page one when protagonist Troy Chance jumps into the icy waters of Lake Champlain to rescue a child tossed off a passing ferry.  Tension remains high throughout the story as Troy tries to determine: who is the evil culprit, who she can and cannot trust, and how she can protect the life of a small child.  If you enjoy nail biting stress like in  Man of Fire and Taken, and if you enjoy thrilling writing similar to Tana French, Kate Atkinson, and Michael Robtham then you will love Sara J. Henry.

WARNING:  "Learning to Swim" is one of those "difficult to put down" type of novels and should come with a warning label smacked across the cover that reads:  This book causes distracted behavior and could make you (1).  Miss your subway stop; (2). skip out on fun activities in Vegas (3) volunteer to be bumped on an airplane; (4).  hide from your family.
Posted by Kim Tomsic at 12:19 PM 3 comments: 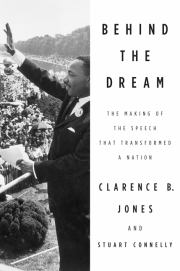 One day following Martin Luther King, Jr. Day, I can't stop thinking about an interview I heard on NPR.  It featured one of Dr. King's close friends and advisers, Clarence Jones.

Clarence B. Jones is the author (along with Stuart Connelly) of "Behind the Dream:  The Making of the Speech that Transformed the Nation" (Publisher: Pagrave MacMillian, January 4, 2011).  Dr. King's Dream speech is as famous as Lincoln's Gettysburg address.  It's interesting to observe how both men came about speaking their famous words.

In Lincoln's case, his address followed the two hour speech given by Gettysburg's "real"speaker, Edward Everett.  Lincoln was invited, not as the keynote speaker, but as someone to simply to make a few, appropriate remarks.  The president stood before the audience, spoke ten lines, and sat down.  In the two minutes it took for him to complete his speech, a nation moved forward, united toward greatness.

One hundred years later, Martin Luther King, Jr. spoke before his audience.  He held his  predrafted speech and his words flowed in their regular brilliant manner. From the crowd, however, one of Dr. King's favorite gospel singers hollered, "Tell them about the dream, Martin.  Tell them about the dream."  And King acknowledged her.  In a recording of the event, you can hear Dr. King pause and you can practically picture him crumpling his typed speech.  The next words you hear are spoken from the heart.  Extemporaneously, he spoke of his vision and his dream.  Like Lincoln, Dr. King propelled the nation forward, united toward greatness.

Mr. Jones was present on the creation of the famous Dream speech and his book covers many fascinating points of that era. On a side note, it's fun to know that thanks to Mr. Jones transcribing the speech and writing the small "c" with a circle around it, he retained copyright privileges for the King family and the benefits have provided a primary source of income for their estate.

Behind the Dream  received a starred Kirkus review.

Posted by Kim Tomsic at 7:16 PM No comments:

DASH AND LILY'S BOOK OF DARES 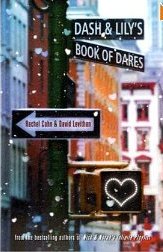 A YA book review by Kim Tomsic
Sixteen-year-old Dash and Lily find themselves parent-less (or parent-free depending on the perspective)in their hometown of New York City during the Christmas/New Year school break. The teens have never met, but when their worlds collide, they communicate with notes and a series of outlandish cached dares.    Being bibliophiles, they toss around crazy vocab words like quiescent, epigynous, and lascivious, but you can trust the book is not crude, but rather sweet.   Dash's favorite word is a great description for this book--
fanciful 1. marked by fancy or unrestrained imagination rather than by reason and experience.
There are many fun moments of unrestrained imagination in this adventure-packed parade of dares.  I did not enjoy the shout-outs to the many books the character's read (nods would have been fine if not so labored in description) but I loved the faux-Pixar movie, Lily's family, Dash and Lily's personality and notes, the caching, the unexpected twists, and of course the Crimson Alert.
Dash and Lily's Book of Dares by Rachel Cohen and David Levithan (also co-authors of Nick and Norah's Infinite Play List) is a YA book appropriate for readers in 9th grade and up.  I give it 3.5 lollipops out of five (and will buy a few copies to give as gifts the next time the holidays roll around).  Published by Knopf Books for Young Readers (October 26, 2010)  ﻿$16.99.
ISBN-10: 0375866590
ISBN-13: 978-0375866593
Available at Dash and Lily's favorite book store:  The Strand
or mine:  Boulder Book Store, Tattered Cover, Barnes and Noble, or Borders

John Newbery Medal for the most outstanding contribution to children's literature 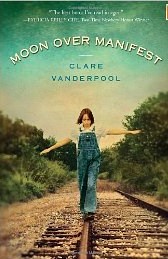 "Heart of a Samurai," by Margi Preus (Amulet Books, an imprint of ABRAMS)

"One Crazy Summer," by Rita Williams-Garcia (Amistad, an imprint of HarperCollins Publishers) 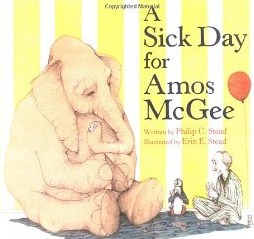 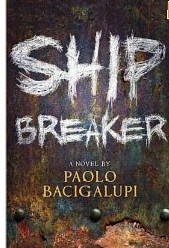 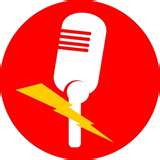 NPR's three-minute fiction writing contest
LAUGHING/CRYING
snap shot of the details:
1.  entry dates between January 8, 2011 and January 23, 2011
2.  600 words or less of fiction
3.  one story/one entry per person
4.  story must include one character who tells a joke and one character who cries
5.  Entrants must be 18 or older and legal resident of U.S.
6.  The Judge: Chimamanda Ngozi Adichie, author of the critically acclaimed books Purple Hibiscus and Half a Yellow Sun; judging will be based on originality, creativity, and quality of writing
5.  Prize--a radio broadcast interview and your story read on NPR's Weekend All Things Considered plus a copy of Chimamanda Ngozi Adichie's collection of short stories, "The Thing Around Your Neck."
If you prefer to read the legal official rules, click here
To submit your story click here
Posted by Kim Tomsic at 10:35 AM No comments: 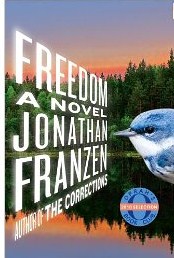 If Ayn Rand and Jonathan Franzen Had a Baby, Her Name Would be FREEDOM

FREEDOM : A Novel by Jonathan Franzen was enthusiastically picked as Oprah's book club choice. Winfrey even touted it as possibly the “novel of the decade.” I'm a huge fan of Oprah and respect her taste, so I dutifully purchased a copy of the alleged masterpiece on my Kindle. I wish I had been warned that the spirit of Ayn Rand had possessed Franzen when he penned this novel. I might have reconsidered my choice. Franzen’s writing seems to be the twisted whisperings of Rand from the grave—a bit ATLAS SHRUGGED-ish but with a lot more sex. Both writers seem to favor long diatribes as well as a hands-off government, but Franzen is the environmentalist whereas Rand is the capitalist.

That said, I don’t regret reading FREEDOM (or ATLAS SHRUGGED), I’m just not running around telling my friends to purchase a copy. If Franzen were to read this, he’d probably laugh at my inadequate writing as well as feel complimented since Rand has a huge cult following. Furthermore, the book wasn’t completely painful since there were some great chapters (like Walter’s LBI speech). I understand why Oprah is attracted to the story—it’s smart, well written, and thought provoking. For Oprah, it's very much part of her world, like looking through a photo album of Stedman, Gayle, her dogs, and her friends. For a regular Joe like me, I found it tiring and only mildly entertaining, like looking at a photo album of a mere acquaintance’s family—tiresome. If you're a huge Rand fan or you’re into reliving the last quarter century of politics, then you're reading the right book.