Today, guest-blogger, Caitlin Lore, shares important thoughts and insight about neurodiversity in middle grade literature. Buckle up! You're in for a treat.

Across the Spectrum: The Importance of Neurodiversity Representation in Middle Grade Lit
By Caitlin Lore 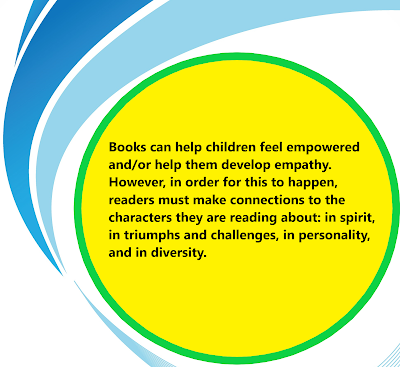 When it comes to middle grade literature (books for 8-12-year-old readers), well-developed and diverse characters carry more importance than vivid settings, strong dialogue, and perfect plotting. The middle-grade years are tumultuous times for tweens not only as they are developing physiologically, but also personally. As they transition from children to young adults, these young readers begin thinking more critically about the world around them, therefore it is imperative that they see themselves and/or diverse characters represented in novels. In her presentation on diverse writing, author Linda Sue Park said that “books for young readers have the role of shaping and influencing their worldview.”

Books can help children feel empowered and/or help them develop empathy. However, in order for this to happen, readers must make connections to the characters they are reading about: in spirit, in triumphs and challenges, in personality, and in diversity. 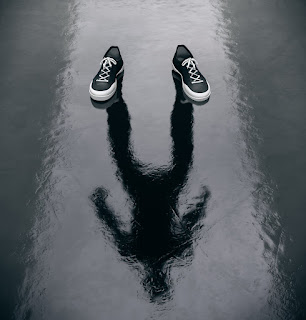 When novels are full of the same type of character—a heterosexual, white, neurotypical tween—or in other words a character who represents the “unmarked state,” readers, especially the child reader, may feel alone or invisible. Yet, when readers are represented in the pages by way of ethnicity, culture, religion, sexuality, and/or disability, they are seen and heard, and these readers realize they are not alone in the world. Diversity, particularly neurodiversity in middle grade literature, invites readers into a character’s life for the time being, offering a chance for neurodiverse readers to find themselves in the story while also teaching neurotypical readers the importance of perspective taking.
As the publishing industry continues to shift from the old-school canon of almost exclusively showing WASP characteristics as the heroes to now including POC heroes and heroines and also publishing books representing OWN voices authors and characters, more young readers are able to see themselves within the pages. But there is still a gap in diversity in children’s literature when it comes to disability representation. Many studies on diversity in publishing focus on race and ethnicity, specifically the annual Statistics on Multicultural Children’s Books done by the CCDC . This is extremely important work and hopefully will pave the way for the publishing industry to create more books with representation for those with disabilities, including neurodiverse characters. Representation matters, and according to a September 2019 article released by Centers for Disease Control and Prevention, people with disabilities represent 26% of Americans. 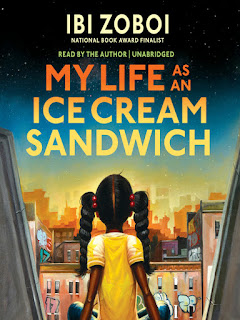 Neurodiversity is important in middle grade literature because this is the time when children experience a wide range of growth, including how the world tends to view and treat others. Though we are becoming a more inclusive society, unfortunately we are still one that often places a stigma on differences and disabilities. For instance, in Ibi Zoboi’s My Life as an Ice Cream Sandwich, the main character Ebony-Grace appears to fall on the autism spectrum. Though it is not explicitly stated, readers with awareness of neurodiversity will notice that Ebony-Grace sees life differently than the kids around her. She often retreats into her imagination location where she is “Space Cadet E-Grace Starfleet” and the  people in her life are characters, too. Though this is Ebony-Grace’s perspective on the world, those around her do not see it that way. In fact, her friend Bianca continually asks her, “Why are you so weird?” which reinforces a stigma that Ebony-Grace’s difference is just that: different.
Later, Ebony-Grace struggles to find words to express what she’s feeling about this. Her Father approaches her about being disrespectful, and she says, “I’m just trying to be…regular and normal”. This is a moment of vulnerability and revelation in Ebony-Grace’s character. She is confident in who she is, but she also recognizes how the world sees her. Shannon Maughan’s article in Publisher’s Weekly, “Navigating Middle Grade Books” states that Rebeka Simonson, an editor at Atheneum Books,  “[believes] middle grade fiction deals with the things kids are going through at those ages… a growing awareness of the wide world outside of oneself and the injustices it often contains.” Scenes in My Life as an Ice Cream Sandwich reveal important moments of injustice both in the novel and in society: how the world responds to kids who are different. Yet the fact that Ebony-Grace is the main character of this novel presents an opportunity for neurodiverse readers to connect and grow with her as she confronts the stigma of her difference. It also presents an opportunity for neurotypical kids to develop empathy.
Diversity representation with characters like Ebony-Grace in middle grade literature is extremely important. In Haley Moss article entitled,  Diverse Autistic Authors Are Changing Neurodiveristy Representation in Books, she states that, “No autistic young reader should feel alone or that they don’t identify with how neurotypicals view them; they deserve access to stories of acceptance and empowerment.” 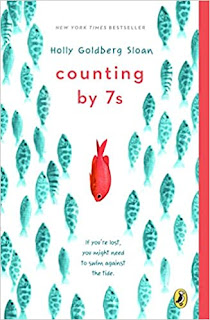 While neurodiversity in middle grade literature gives those identifying with brain differences a place to find connection, representation is also important for neurotypical readers. As mentioned earlier, growing empathy is imperative. Middle grade literature that features neurodiversity gives all readers the chance to explore the mental and emotional state of another human being, which ultimately can be a gateway to teaching empathy. Another novel that does this well is counting by 7s by Holly Goldberg Sloan. From the very beginning, the protagonist, Willow Chance states that she is, “…different. As in strange.” The character goes on to explain, “But I know it and that takes the edge off. At least for me.”  The only overt indications of Willow’s neurodiversity are when she informs readers she was labeled as “highly gifted” after being evaluated at school. However, Willow is also told that she lives too much inside her head. She has an obsession of counting by 7s, which she says she “uses as an escape technique.” She is also particularly drawn to skin disorders and plants both of which border on the obsessive side.
Today, Willow might be diagnosed as falling on the autism spectrum, and while that is never revealed to readers, it is still clear that Willow would identify as neurodiverse.
The majority of  counting by 7s is told from Willow’s perspective, which allows readers a deep look at life through the eyes of a neurodiverse character. Both neurodiverse and neurotypical readers have the opportunity to connect with Willow. However, though empathy is innate, it is not automatic. Neurotypical readers must engage in perspective taking when reading, connecting with Willow’s emotions, learning what it is like to be called weird, and feeling what it’s like to not be accepted by the herd. By engaging in perspective-taking, neurotypical readers are thrust into Willow’s thoughts, feelings, and moments. Readers experience the turmoil and ridicule alongside her which in turn garners empathetic feelings and a deeper desire to understand her world. Karol Silverstein wrote the article “How Stories About Disability Help Create Empathy” for the We Need Diverse Books blog, and she says neurodiverse representation matters because it bridges “the gap between discomfort and familiarity, between fear of the unknown and true empathy.” Diversity in middle grade literature often goes beyond mere understanding—diversity is about true representation and inclusion. When a neurotypical reader takes the perspective of a neurodiverse character, there is a coming together of worlds and a shift from the unknown to understanding.

If you enjoyed counting by 7's and My Life as an Ice Cream Sandwich, here are eight more middle grade reads with neurodiverse characters that Caitlin highly recommends!
1.      Not if I Can Help it by Carolyn Mackler, featuring 5th grader Willa who is learning to manage her Sensory Processing Disorder among other big life changes.
2.     Planet Earth is Blue by Nicole Panteleakos, featuring 12 year-old, space-loving Nova who is autistic and mostly non-verbal, learning to express herself.
3.     The Someday Birds by Sally J. Pla, featuring 12 year-old Charlie who falls on the autism spectrum, and loves birds, chicken nuggets, & is just trying to make sense of the world.
4.     Each Tiny Spark by Pablo Cartaya, featuring Emilia Torres who has a hard time focusing because of her ADHD, and wishes she could reconnect with her dad.
5.     Fish in a Tree by Lynda Mullaly Hunt, featuring Ally who's never had trouble hiding her dyslexia until she meets her new teacher, Mr. Daniels.
6.     The Miscalculations of Lightning Girl by Stacy McAnulty, featuring Lucy Callahan who has genius-level math skills after being struck by lightning but still struggles with middle school.
7.      Focused by Alyson Gerber, featuring 7th grader Clea who is always distracted and when she starts having problems at school, finds out it's because she has ADHD.
8.     A Mango-Shaped Space by Wendy Mass, featuring Mia Winchell who has synesthesia and wants to keep it a secret.
------------------------------------------------------------------------------------------
Thank you, Caitlin! 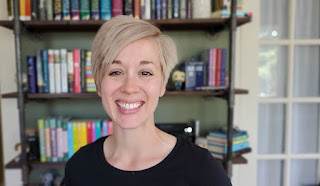