Conferences are kingmakers. It’s true! Talk to published authors and illustrators, and more often than not, an attendee’s career moved into hyper-drive after a conference. It shouldn’t be surprising, since this is where craft improves, ideas bubble to mind, and important connections are made. Many publishing hopefuls met their agent or editor attending breakout sessions, getting critiques, or selecting the right seat at an open-table luncheon.


Colorado illustrator Brooke Boynton Hughes attended SCBWI's International conference in California in 2012 where she entered her portfolio in the illustrator showcase. She didn't win the showcase, but she did get signed with agent Marietta Zacker and also landed a book deal. Furthermore, Brooke signed up for the one-on-one portfolio review. She received feedback throughout the conference weekend and learned a lot about her craft. When she returned to the event in 2013, she walked away as the Portfolio Honor Award winner and also as the Mentorship Award winner! In 2014, she received the Portfolio Honor Award at SCBWI's winter conference in New York. But it's important to know, Brooke's success didn't come from one conference. She says, "I think the most important part about attending conferences is the chance to have one-on-one portfolio critiques and the opportunity to learn about your craft.  I attended six or seven international conferences and three or four regional conferences before I was published and before my portfolio was recognized in the showcase."  Now her illustrations are published in books with Beach Lane, Disney Hyperion, and Random House. 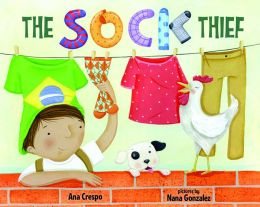 Colorado author Ana Crespo met her editor, Kelly Barrales-Saylor of Albert Whitman and Co., at the regional Rocky Mountain SCBWI conference. Ana signed up for a manuscript critique and landed a feedback timeslot with Kelly. After listening to Kelly’s edit suggestions, and taking ample notes during the conference workshops and intensive, Ana was armed with ideas to improve her writing. Ana went home, reworked and edited her story, then queried Kelly who bought and published The Sock Thief. Ana now has four more books coming out with Albert Whitman in a series called JP BOOKS, MY EMOTIONS AND ME (p.s. two books release this September--check them out here )! 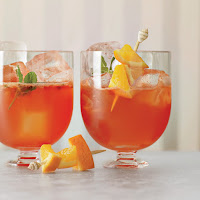 I met my agent (Jen Rofé of ABLA ) and editor (Melissa Manlove, Chronicle Books) at an SCBWI conference, and let’s just say it involved an unofficial scavenger hunt, an Aperol Smash, and a failed pitch—but that failed pitch was part of a connection, and in the end I received a business card and an email address. A year-and-a-half later I worked on the craft points I’d learned at the conference, then sent a query on a whole new project—here’s where I cue the drum roll and build to a frenzy—I got a YES! My debut book THE ELEPHANTS CAME will release with Chronicle Books in spring, 2017.
If the above three stories haven't convinced you that conferences are kingmakers, read the summer 2015 Bulletin and the article titled SCBWI Success Story:  Martha Brockenbrough. Martha met her editor, Arthur Levine of Arthur A. Levin at Scholastic, at a conference. She says, “Truly. Every picture book I’ve ever sold has come directly from my time at an SCBWI conference”. Martha has sold four (!!!) picture books, including an adorable title called The Dinosaur Tooth Fairy.
This year’s SCBWI Rocky Mountain Regional Conference features some of the brightest minds in the industry. Learn—connect—and you, too, can become a king!
Register to reserve you spot!!!  And please note important deadlines to sign up for manuscript consultation or portfolio review.
WHEN:  September 19-20, 2015
WHERE: Marriott Denver West, 1717 West Denver Blvd., Golden, CO
How to Register:  Follow this link to Register or type in: https://rmc.scbwi.org
Who:  See the list below!
KEYNOTE SPEAKER:
Dan Yaccarino, Author/Illustrator

Great post. Love the examples and shared around! Ready for RMC-SCBWI.

Love these exciting, inspiring stories of connection and success! Can't wait for the conference.

One day I need to interview you, Denise, so we can learn about your path to success!